20% Decrease in Company Start-ups amid Growing Cost of Living

A 20% year-on-year decease in the number of company start-ups was recorded for the first six months of 2022, as a growing cost-of-living crisis stirs further uncertainty for businesses post-pandemic, according to the latest figures from credit risk analyst.

The figures suggest that the impact of rising costs has altered business decisions and hit individuals considering starting their own venture, as consumers cut back on discretionary spending and companies limit production due to input costs.

The half-year data shows 1,084 less start-ups in the retail sector compared to H1 2021, while there are 139 less start-ups in manufacturing and 40 less in hospitality, as cost pressures weigh on the industry attempting to rebound from pandemic-inflicted restrictions of recent years.

A total of 21 counties in the Republic of Ireland experienced a year-on-year decline in new company registrations in H1 2022.

Only five counties in the Republic of Ireland experienced a YoY increase in new company registrations. Leitrim saw a total of 64 new start-ups, recording the highest percentage growth at +21%, while Laois recorded 141 (+10%), Longford recorded 65 (7%), Cavan recorded 137 (5%) and Mayo recorded 179 (4%).

"The cost-of-living crisis was evidenced in the first half of this year. The impact of war in Ukraine, how that has impacted higher energy bills and combined with cost-of-living increases, influenced by the post-pandemic supply chain problems, is firmly translating into the business marketplace."

"The year started off strongly with a rise in the number of new company start-ups in January, but that dipped in February and took a big tumble in March, which may also be due in part to that uncertainty created by the war in Ukraine starting at that period."

"March saw the most dramatic decline when compared with the same month last year in what then continued as a steady period of contraction for the remainder of the period."

"Decreases in bellwether industries for the Irish economy like real estate, agriculture, manufacturing and construction suggest that this period of exacerbated cost increases will likely remain through the rest of the year and beyond into next year."

"Some bright sparks in the data are seen in the growth picture outside of the main urban centres of Dublin, Cork, Galway and Limerick. Although these four cities accounted for the highest numbers of start-ups in H1 this year, figures were still down on H1 of last year. But growth was steady in Leitrim, Laois, Longford, Cavan and Mayo, suggesting an attraction for rural locations where costs may be more reasonable and housing may be more affordable."

"In spite of the 20% decrease in start-ups during the same period last year, there was nonetheless a considerable number of companies still created each month suggesting there are many businesses and entrepreneurs willing to invest in new ventures even though there is a challenging economic backdrop." 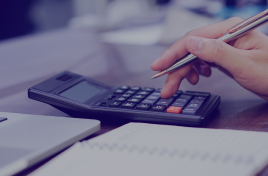 In the first six months of 2022, Ireland has seen a 20% year-on-year decrease in the number of company start-ups. 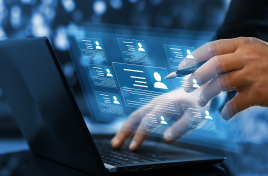 DigitalHub - KYC Your Business Will Love!

Imagine all of your customer KYC in one place, easy to access and managed for you, all for less than the price of a cup of coffee a day! 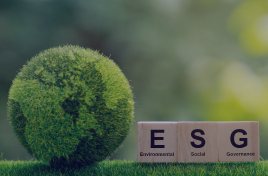 A New Dawn Of Reporting - ESG

While many are just starting, and others are much further down the road, it's fair to say Companies are more conscious than ever before of their impact on the environment.